Alexandru (Alex) Zanca, W’21, was originally a biochemistry major at Penn. Now, he’s concentrating in statistics at Wharton and pursuing his passion for promoting equity.

Alexandru (Alex) Zanca, W’21, was originally a biochemistry major at Penn. Now, he’s concentrating in statistics at Wharton. When he first arrived on campus two years ago, Alex wasn’t quite sure where his Penn journey would lead. Through a range of hands-on learning experiences, he’s developed unique perspectives on important community issues and discovered his own passions along the way.

Alex’s interests lie at the intersection between social impact and statistical analysis; in the future, he wants to use quantitative skills to research — and help solve — problems of inequality like food insecurity and homelessness.

As an international student from Romania, Alex’s academic pursuits were headed in a different direction until he took a gap year to work in a biology lab and a community-development educational project.

“My education in Romania was very technical — math, physics, computer science, biology,” he said. During this period, Alex began to rethink his academic career at Penn and eventually made a pivot.

“I was a biochemistry major in the College, but after my gap year, I knew I didn’t really want to work in a lab. However, I really liked organizing projects and working with the community got me really interested in public service,” he explained.

As a freshman, he took full advantage of Penn’s interdisciplinary curriculum by learning and experiencing as much as he could.

He discovered a passion for economics and applied for an internal transfer to Wharton. He chose to concentrate in statistics because he wanted to pursue a future in social-science research. “I thought, ‘this is cool!’ I could still use the quantitative skills I had already, but economic issues are more closely related to my interests.”

Alex also joined the Public Policy Research Scholars (PPRS) program run by the Wharton Public Policy Initiative (PPI). PPRS is a supplemental course of study for Penn undergraduates that focuses on the quantitative analysis of public policy and can be pursued alongside any other major.

“In PPRS, I’m pursuing the Fiscal Policy track because I think that’s a great tool the government could use to manage resources in the economy and eventually deal with problems of social justice — inequality and homelessness and food insecurity and such,” said Alex.

Alex joined Penn Alternative Breaks (PAB) two winters ago. Through PAB, a program run by Penn’s Civic House, students take week-long volunteer trips to learn about tangible social change. In 2017, Alex traveled to Nashville and this past winter he became a leader for the PAB trip to Washington, D.C.

“The mission of PAB is to form a community as a team and with the people that we meet. We would go on this trip during winter break and work with a different community organization each day. We worked with soup kitchens and met people from the National Coalition for the Homeless who told us stories about their experiences.”

Before the trip, Alex and his co-leader organized activities for participants to think about issues they would engage with in D.C. He also managed communications and logistics between Civic House, host organizations, and students. Through it all, Alex felt right at home with his PAB family.

“I think we all returned to campus as a close-knit group, with great memories, a better understanding of social-justice problems in D.C., and each other as resources for the future,” Alex said. “We really bonded. Our purpose there was to get to know each other and to serve the community as best as we could. It really didn’t matter that I was from a different country, or that English wasn’t my native language.”

Alex believes that his experience with PPRS also enriched his trip to D.C.

“In D.C., we met with public advocators from the Presbyterian Mission Office of Public Witness, for example, an organization deeply involved in the public-policy discussions on Capitol Hill. I was able to draw on my past personal readings and discussions with other PPRS scholars about housing displacement, income inequality, and food insecurity to talk to them about these issues.”

Ultimately, Alex believes that students who participate in PAB get more out of the program than they give. “On the whole, we’re understanding and gaining more from this experience than the community does because they know what they’re doing,” he said. “We’re learning about their experience with the problems they face. We’re not in the position to solve their problems.”

“I think PAB does a really good job of grounding people and making you aware of what is going on out there, and gives you a vision you can carry with you through your life.” 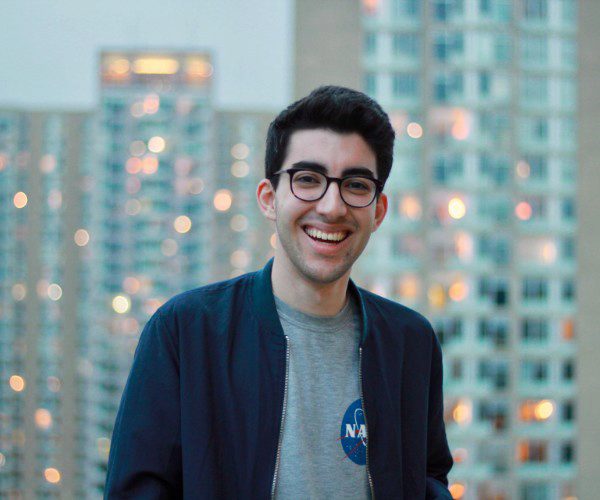 Day in the Life of Alex:

Having discovered his career goals after considerable searching, Alex understands that balancing everything can be a challenge.

He has valuable advice to offer other students who might be struggling to find their niches: “Sometimes you have to accept you can’t do everything. If I couldn’t decide between two things, I’d just pick one and go with it, and then see if I liked it. If I really did, I’d keep going, and if not, I’d drop it. Try as much as possible, but also don’t stress out about trying everything.”