Cheryl Tamas, WG’19, and John Tamas, WG’19, saw value in earning their MBAs, together, from Wharton to fill in knowledge gaps and accelerate their careers.

Cheryl Tamas, WG’19, and John Tamas, WG’19, knew of each other as undergraduates at the University of Arkansas, but didn’t start dating until years later. Much of their relationship was spent long distance, with Cheryl working with Samsung in New York City and John with an investment firm in Dallas. As John commuted to New York City on weekends to see Cheryl, the couple started talking about getting an MBA together.

“We looked at our career trajectories and saw that the people sitting in positions above us had these amazing credentials that we lacked. It would be a shame to put in the time and energy in our careers only to be overlooked for advancement because of that,” said John.

Cheryl added, “I had always wanted to get my MBA, but for one reason or another the timing was never right. But I got to the point where if I didn’t do it now, I knew I would probably regret it.”

As soon as Cheryl and John both committed to pursuing an MBA, Cheryl signed them up for a GMAT prep course in their respective cities. They also began researching EMBA programs.

John said, “We came up with a list of schools, but ultimately we realized that the best fit for us was Wharton. So, we both applied to Wharton’s EMBA program. We wanted to share the experience and come out with the same mindset for managing our careers and our household. Also, if we didn’t go to the same school then we would never see each other.”

For the first six months of the program, the couple remained long distance. Cheryl took the train from New York City and John flew to Philadelphia from Dallas. However, in the middle of the first year, Cheryl took a new position with Samsung in Dallas. They became engaged that spring and married this past fall.

As they approach graduation, Cheryl and John say that Wharton is already adding value, both professionally and personally.

With an undergraduate degree and career in finance, John noted that he was lacking knowledge in three areas when he came to Wharton: communications, legal, and negotiations. “My classes have helped me become a much better presenter and have helped refine my thinking about legal issues that are critical to capital deployment. As for negotiations, I’ve developed both offensive and defensive tactics that are suitable in almost any bargaining situation.”

Cheryl noted that the program has opened doors to positions sooner in her career. “It’s accelerated my growth plan and increased by confidence. I know my long-term career arc will be higher,” she said.

“I’ve always viewed things in and expressed myself in economic terms, because I believe most behaviors may be described— and decisions guided — by economic principles: marginal this, utility that, etc. I wanted us to share that dialect,” said John.

Cheryl noted, “We now speak the same language because we share the same educational experience and know what we’re each going through in this program. We’ve seen each other’s strengths and weaknesses in a different way and that has been good for us.”

John added that a big highlight of the program is their classmates. “The hours I’ve kept in my career prevented me from developing a lot of relationships outside of my industry. This program has allowed me to make a lot of new friends from a diversity of backgrounds. Two of my groomsmen were classmates!” he said.

Cheryl added that doing this program together enriched the experience. “We could motivate each other whether it was by studying, discussing material, or sharing connections. It was also helpful to have the same schedule, timeline, and mindset for two years because we never felt like our life was on hold. We were on the same journey.” 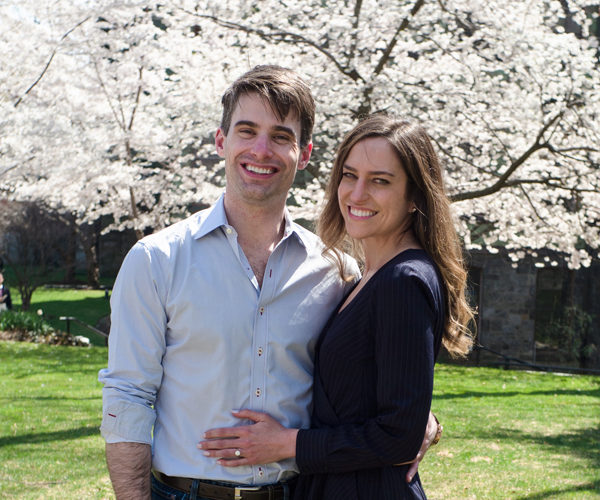 Based In
Dallas, TX

Based In
Dallas, TX