While the plan may have changed for Zöe Patterson, W’23, this first-generation, low-income student is staying true to her identity through her campus activities.

“I applied as an accounting concentration and mainly that was because I knew I could become an accountant,” she said. “It wasn’t like doing English and who knows what the heck is gonna happen?”

She wanted a degree with a direct path. Once she arrived at Penn though, she changed her concentration to finance and that led to more changes, including unexpected ones.

Zöe took Italian her first semester to fulfill the language requirement. Coming from San Antonio, Texas, she had plenty of exposure to Spanish.

“I could order my food at a Mexican restaurant, roll my Rs, that kind of thing,” she said. “I felt like I could do a language similar to Spanish, but Spanish was so familiar that I didn’t find it interesting.”

That’s what led her to pick Italian and veer off a straightforward path.

“I just liked it so much,” the Texan said about learning Italian. “I would do so much outside of class for it like listen to music, watch YouTube videos and understand nothing, but get excited about the fact that I would understand it.”

She’s taken six semesters of Italian and is “completely obsessed” with speaking it every day. The math and Italian minor joined the Penn Italian Club, chats weekly with her conversation partner, and watches Italian YouTube and Italian Netflix.

“Finding my passion for speaking Italian was purely the result of allowing myself to take classes for fun and I am so happy that I did,” she said. “Now I just want to do a lot of things connected to it.”

Zöe is currently studying abroad at Bocconi University in Milan.

Zöe originally got interested in business because her grandfather refused to own a cell phone.

With two grandparents who were accountants, Zöe was already intrigued. But the push was her grandfather’s hobby of watching the financial news and monitoring his “one little stock.” When her grandfather discovered that Zöe’s phone had a stock app, he had the seventh-grader load his stock onto her phone.

“Every time I saw him — which is a lot because they live five minutes away — he would have me give him a stock report of what his stock was doing and if something super weird happened, trying to find out why,” Zöe said. “That was my introduction to the stock market.”

The San Antonio native then joined a business club in high school and went to a camp for accounting and consulting.

Last summer, Zöe interned at BCG, or Boston Consulting Group, and will return full-time after graduation. She hopes to have the opportunity to incorporate Italian into her future career. 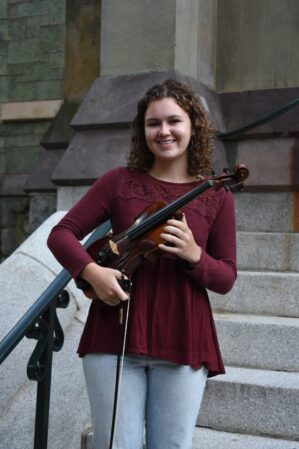 Zöe’s campus activities tell you who she is and what’s important to her. Some are such a part of her identity that she can’t imagine not doing them, like being a violinist in the Penn Symphony Orchestra or ministering with Cru Christian Ministries.

“I started playing when I was 10 and that’s basically been my whole sphere,” she said of the violin. “Middle school and high school, all of my friends and everything I was involved in basically revolved around playing my violin.”

She also helped start Wharton FGLI, a group for first-generation, low-income Wharton students, to continue the mentorship she received as an underclassman.

“Upperclassmen have helped me do a lot of things but those were informal, spur of the moment, or almost accidental relationships that have really made me successful,” the 20-year-old said.

While it didn’t seem to have a direct career connection, Zöe credits launching the group with helping her land the summer internship at BCG, one of the “Big Three” consulting firms.

“They asked me, what’s something you’re passionate about? I talked about FGLI,” she said of her BCG interview.

The junior says it’s good to be involved in things besides the field you’re pursuing and do activities you’re passionate about, not just to put on a résumé.

“In the case of Italian, that’s made me the happiest at Penn,” she said. “I was very linear thinking about what I was going to do in college and letting myself go do other things was important.” 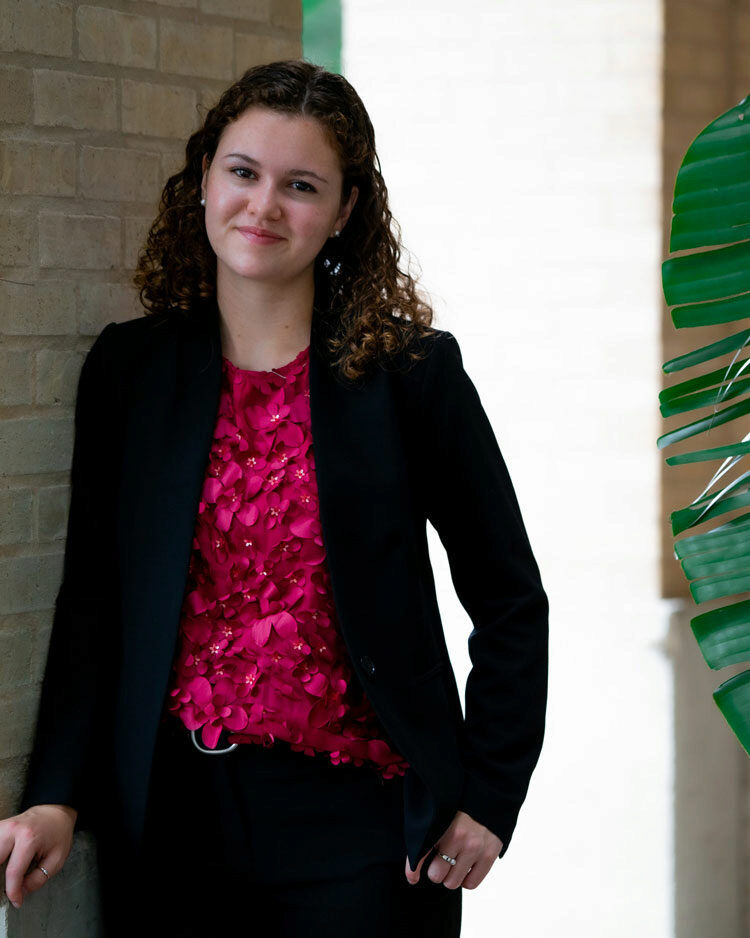 Typical Day at a Glance