“Resources are something that often PhD programs lack, but at Wharton it really enriches us and makes us better able to do research.”

Shimul Melwani came to Wharton primarily to work with Management Prof. Sigal Barsade. “She’s the pioneer in the field of emotions research, which is what I wanted to study,” Shimul said.

With Prof. Barsade as her advisor, Shimul is conducting groundbreaking research on the influence of gossip in the workplace. “Faculty here are incredibly busy. They’re torn doing a hundred other things, but they always make time to collaborate and develop doctoral students,” she said.

Shimul has worked side by side with Prof. Barsade in Wharton’s Behavioral Lab and the two have developed a symbiotic relationship. “We work well together on papers that we’re writing, and she’s always very willing to help me and give me resources of all kinds,” she said.

“Then at the end of the day, she gives me intellectual freedom. If this is my project, it’s my baby. I love the chance to go off on my own, be really creative, and make my own mistakes, knowing that she’s there if I need advice or support.”

Shimul also felt supported by the wealth of resources at Wharton — from computing resources and the behavioral lab, to grants and a generous stipend. In her first year, Shimul received a grant to travel to India to collect data, something first-years rarely get to do.

“Resources are something that often PhD programs lack, but Wharton enriches students and makes them better able to do research,” she said.

Gossip in the Workplace: An Uncharted Territory

Shimul’s interest in gossip as a research topic came from an experience she had early on in the workplace. She had started a job and felt excluded until one day a coworker stopped by her office and said, “Hey, you know what? I wanted to tell you a secret about so-and-so.”

She felt like she was finally included. But the experience also taught her that there are functional consequences of many workplace actions that people don’t think are useful, and are often considered to be really negative.

“Wharton encourages big ideas. Faculty urge students to think of a phenomenon that has not been studied,” Shimul said. “Because of its very private, secretive nature, no one’s actually ever studied (the influence of gossip in the workplace). I’m looking at this phenomenon in a way that allows us to understand something that we all engage in all the time.”

A Good Life in Philadelphia

When Shimul was applying to doctoral programs, she was also getting married and her husband was moving from Chicago. While searching for the right program for her, she needed to consider her husband.

They wanted to be in a place where he would have an easy time finding a job. Philadelphia worked well for both of them.

“It’s also a reasonably inexpensive place to live, so you can actually lead a good life here, even on a grad student stipend,” Shimul said. “I love the fact that it has so much culture, like art on First Fridays and the Philadelphia Museum of Art, or the restaurant scene, which is a great strength of the city. I never expected to love it as much as I did.” 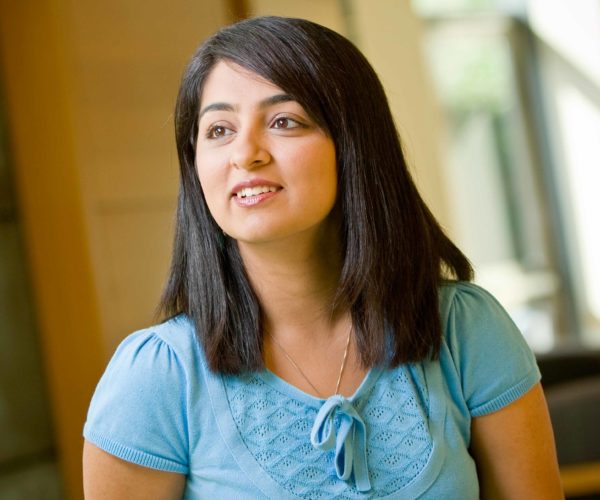 Publications
Melwani S, Barsade SG. (2011). Held in contempt: The psychological, interpersonal and performance outcomes of contempt in a work setting. Journal of Personality and Social Psychology, 101(3), 503-520.