Humans in Control: Prof. Kartik Hosanagar Argues for an “Algorithmic Bill of Rights”

In his new book, Prof. Kartik Hosanagar advocates for an “algorithmic bill of rights” that would shed light on how artificial intelligence actually influences consumers.

As algorithms continue to develop and multiply, consumers are losing sight of just how much artificial intelligence (AI) influences the decisions they make every day. In Prof. Kartik Hosanagar’s new book — A Human’s Guide To Machine Intelligence: How Algorithms Are Shaping Our Lives and How We Can Stay in Control — he argues that today’s machine intelligence is dangerously biased and consumers need more protection and transparency.

On Underestimating the Power of Algorithms

“People do feel like technology is taking over their life. But I also find that while some people clearly have the sense that technology and, in particular, algorithms are taking over their decisions, they actually underestimate the impact of these algorithms on the choices they are making. When I’ve done surveys and asked people, they feel like ‘yes, algorithms are all around us and they inform my decisions, but usually I nod politely and do mostly what I want.’ But actually, the data suggests otherwise.” — Kartik Hosanagar

On the Biased Machine

“A lot of people have the wrong mental models about algorithms. A lot of people tend to think of algorithms and machines as rational, objective decision-makers. In fact, we’re starting to see that the modern algorithms that are based on artificial intelligence tend to sometimes have biases and fairness issues.”

“These technologies have a big impact on choices we make including the choices related to the electoral process and the political systems. These technologies are not only influencing who gets elected but also how our elected representatives serve citizens.” 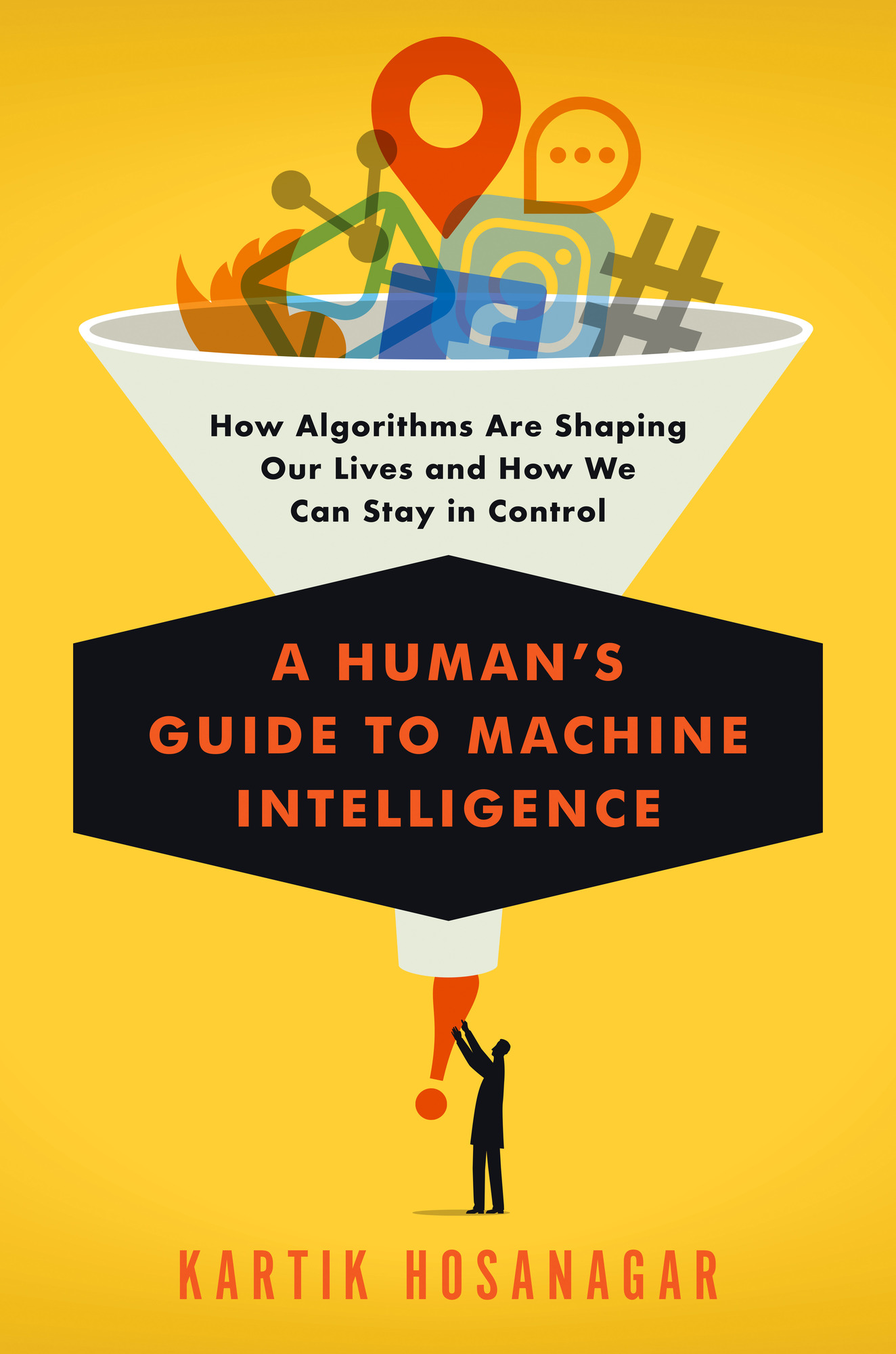 A Human’s Guide to Machine Intelligence: How Algorithms Are Shaping Our Lives and How We Can Stay in Control

On the Risk of Falling Behind

“At some level we have got to acknowledge that technology has been a big engine for growth in the U.S. and for job creation as well since 2008. Also, the U.S. is competing with China that is investing very aggressively in new technologies, including AI. If you come at it with a very heavy hand, then the risk is that the U.S. falls behind.”

On an Algorithmic Bill of Rights

“The algorithmic bill of rights is in some ways inspired by the Bill of Rights in the U.S. Constitution. When the Founding Fathers were setting up the constitution, they were afraid that they might be creating a federal government that was too powerful and that they might be moving from one form of tyranny to another. They put in the Bill of Rights to protect citizens against a powerful government. Today, we worry that there’s a lot of power with these technology companies. My algorithmic bill of rights is a set of proposals that are meant to provide consumers with greater protection from powerful algorithms that are making decisions for us or about us.”

Read about Prof. Hosanagar’s research on social media engagement tools and his unorthodox way of connecting with students.

Kartik Hosanagar is the John C. Hower Professor of Technology and Digital Business and a Professor of Marketing at Wharton. His research focuses on the digital economy, in particular the impact of analytics and algorithms on consumers and society, Internet media, Internet marketing and e-commerce.

Dan Loney hosts Knowledge@Wharton on Wharton Business Radio. His broadcasting career has included more than 25 years in the realm of sports, news and business on a variety of formats, including national radio networks The Wall Street Journal Radio Network, ABC Radio, and ESPN Radio.