After his own experience starting a business, Sieva Kozinsky, WG’20, established The MBA Fund to help connect MBA student entrepreneurs from top business schools with investors.

Finding investors and raising capital can be one of the hardest parts of starting a new business, along with a host of other anxieties that come with building a start-up. Sieva Kozinsky, WG’20, set out to make this process easier when he came to Wharton with a vision of creating a fund to support student entrepreneurs. Thus, The MBA Fund was born.

Sieva was born in Ukraine and moved to California at the age of 2, where he grew up with parents who were both doctors at the heart of tech innovation in San Francisco.

“I wanted to be a doctor, so I started volunteering at health clinics,” Sieva said.

He began his undergrad education at UC Santa Barbara and went down the pre-med track, but everything changed after he decided to take an entrepreneurship class as an elective. His professor had co-founded a successful startup and during the class, brought in other founders to share their insights into raising capital and formulating business models. Being exposed to these inspiring stories helped Sieva come to a realization.

“It’s not something I’d ever considered before this, but through the stories they shared, I saw myself doing something similar,” he said. “Even though I didn’t really know how to start a company, I thought that I wanted to try this and that it’d be better suited for me than being a doctor.”

While in school, Sieva shifted away from healthcare to focus more on entrepreneurship. He started his first business in junior year after noting a lack of good course management products. He helped create a platform called StudySoup that would allow students to better share study materials. StudySoup grew to be used by more than 300 colleges and universities with  a monthly user base of more than one million students. Sieva raised $2 million in venture capital for the company and even participated in the 500 Startups accelerator.

After six years with StudySoup, Sieva began exploring new ways  he could apply his startup experience. Living in the Bay Area, he was an angel investor in some smaller companies, and weighed in on his friends’ business ideas because he liked the process of finding companies to invest in. But he wanted something new, so he applied to Wharton as an MBA candidate.

Sieva focused on starting his first business: StudySoup. Back in his junior year of college, there was a lack of good course management products, and so he saw an opportunity to create a platform that he licensed to universities and professors. It remained relatively small until they expanded the business to help support students in their classes — what was once just a course management application became a network for students to share class notes and tutor others.

Eventually, StudySoup grew to be used across over 300 campuses by a monthly user base of more than one million students. After completing his undergraduate education, Sieva raised $2 million in Venture Capital for the company and even participated in the 500 Startups accelerator.

When Sieva came to Wharton, he knew top VC funds were looking for deal flow, so he decided to combine his unique access to the best companies on campus with funding from the alumni base. He came up with the idea for a small venture fund that eventually became The MBA Fund.

The premise of the fund is to be a support and mentor network for founders who are current students or alumni at Wharton, Harvard, or Stanford. Sieva’s personal experience starting StudySoup in college also inspired the idea to provide startups with guidance and mentorship.

“I had a lot of questions and faced a lot of challenges which I could have easily overcome if I had some good mentors in place,” he said.

Having started the Fund about a year ago with other MBA students from Harvard and Stanford, Sieva believes that the secret to its success is truly the community. Alumni from Wharton, Harvard, and Stanford — which include the founders of DoorDash, Trulia.com, and AlphaSense — serve as mentors to give back to their alma maters. A team of on-campus student investment partners operates to find exciting startups, build relationships with founders, and make funding decisions as part of an investment committee.

Most of the capital was raised from alumni from these three schools, some of which was put towards the Fund’s first pitch competition in May last year on Wharton’s Philadelphia campus. Undergraduates and MBA students across Wharton, Harvard, and Stanford pitched in rounds to VC investors like Contour, NFX, and Bain Capital. At the end, just under $1M was allocated to 15 companies.

“The responses we received both from our sponsors and companies that participated in our competition were overwhelmingly positive. We’re definitely running it again next year,” Sieva said.

As for Sieva’s own entrepreneurial pursuits, he is currently working on some other startups that took inspiration from conversations he had with classmates and business models he had seen in his classes at Wharton, with support from resources like the Penn Wharton Entrepreneurship Group and 2401 Walnut, a study and meeting space for students. He plans to continue to grow The MBA Fund, and probably start another business or buy another startup.

In any case, he foresees engaging in some form of entrepreneurship. “It’s in my genes,” he said. “I don’t really have another option.” 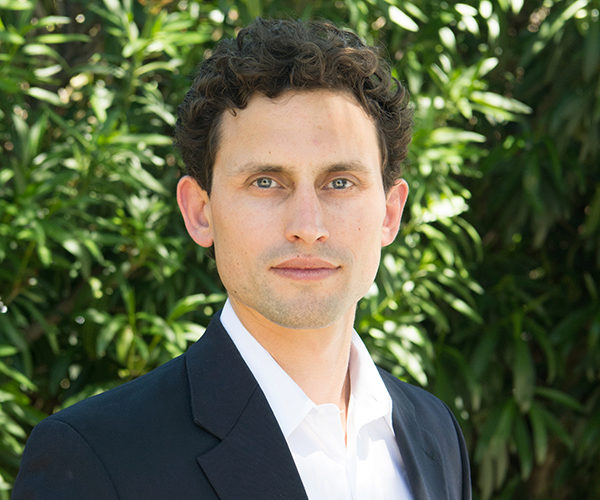