How This Bendheim Awardee Is Championing More Diversity in STEM

Matt Stephenson, WG’11, founded his nonprofit Code2College after many years of working in finance and education. He reflects on the current opportunities and challenges in the STEM field, and how the Bendheim Loan Forgiveness Program impacted his career.

Tell us a little bit about yourself. What sparked your interest in social impact?

Matt Stephenson: I’ve got Jamaican roots, but was the first in my family to be born in the U.S. I grew up in New Rochelle, NY, just a few minutes outside of Manhattan. Two things that my family always stressed were education and public service, and so throughout my childhood I was always involved in activities that centered on either area, such as serving each Saturday at my church’s soup kitchen and becoming a math tutor.

After graduating from NYU Stern with degrees in finance and information systems, I started my career at Goldman Sachs working in credit risk and covering credit derivatives and mortgage-backed securities.

And while I learned a great deal at Goldman, I recognized that my true passion and calling was still in education and public service. So I began to consider roles that would allow me to realize impact in those areas.

What was your journey from business school to the nonprofit world?

Stephenson: After Goldman, I entered the nonprofit space to work for Sponsors for Educational Opportunity (SEO) based out of New York. This program places Black, Latinx, and Native American undergraduate students into a variety of front office roles like investment banking and sales & trading at bulge bracket banks and other top-tier institutions. The level of access and opportunity that we were delivering for these students inspired me. I wanted to replicate this type of work and offer access and opportunity to Black and Brown high school students who may not have considered college as an option. So I applied and was admitted to Wharton, and started to focus on how to develop the right experience to launch such an organization.

After Wharton, I became a high school math teacher, which was not a conventional path by any means, but gave me the opportunity to gain a deep understanding of the needs of students and families. My teaching experience was also a great complement to the entrepreneurial and technical skills that I developed at Wharton. From there, I served in a few other roles focused on the education finance and social enterprise space before launching Code2College five years after receiving my MBA.

Tell us more about your organization, Code2College.

Stephenson: The mission of Code2College is to dramatically increase the number of minority and low-income high school students who enter and excel in STEM (i.e. science, technology, engineering, and mathematics) undergraduate majors and careers. We source volunteers from over 60 corporate partners including Google, Atlassian, Indeed, and more to deliver skills-based volunteer programming to our students who are primarily underrepresented minorities. Most (76%) of our students are Black or Hispanic and more than half of them are female (53%) and economically disadvantaged (51%).

Fifty percent of women and low-income students, two-thirds of Hispanic and almost three-quarters of Black undergraduate students who initially select a STEM major ultimately switch to a liberal arts degree or drop out of college completely. STEM careers are traditionally high-wage and in-demand. However, the U.S. faces a dearth of technical talent — particularly diverse, technical talent — to fill these roles. Code2College is focused on supporting our students to and through college and into these technical careers.

In our program, volunteers deliver afterschool coding and web development education, professional skills workshops focused on resume building and interview techniques, college access programming, STEM industry case competitions, and ongoing mentorship to our students. In addition to the technical skills that they build, our students gain exposure to a variety of industries including FinTech, big data, and semiconductors. A growing number of our high school students are also placed into paid, summer internships with leading tech companies like Atlassian, Cirrus Logic, and VMware.

One major issue in STEM is implicit bias making its way into algorithms and machine learning. What do you think can be done to mitigate this issue?

Stephenson: To mitigate this kind of bias, representation is key. We need diverse professionals — namely Black and Latinx professionals — occupying leadership positions in business and tech. I’ll give you a story. Pre-COVID, I went to Orangetheory Fitness religiously and would use the automated water dispenser. Oftentimes, it wouldn’t dispense water and I would find the manual push-button dispenser after figuring that it must be broken. A few times though, another gym member who was white or Asian would use the dispenser after me without any problem. I reported the issue to management and after both watching them use the dispenser without issue and doing some research, learned that the machine dispenses water based on detecting your finger. However, with darker skin tones the dispenser will often not recognize or sense that a finger is there.

Similarly, when my gym heart rate monitor wasn’t working. Though I was maxing out, my heart rate was not being registered in the appropriate zone. When I told the manager, she said “Unfortunately, it’s the way that the device reads on your skin tone. Sometimes it just won’t work.” My skin tone isn’t the issue — the tech is the issue.

Implicit bias is impacting technology and it’s something that can and should be addressed by a diverse set of professionals who are able to recognize the flaws designed by a mostly homogenous group of technologists in the first place.

How did the Bendheim Loan Forgiveness Program impact your career? Why should a recent Wharton MBA grad apply to the Program?

Stephenson: I learned about the program during my first year of teaching. After applying, I was thrilled (and floored) that I was awarded the maximum amount. It was just such a weight off of my shoulders. I think that there are so many MBA candidates who want to put their skills to work for the good of the public, but when you graduate with six-figure student loan debt, it’s a difficult choice to make.

The Bendheim Loan Forgiveness Program has given me a great deal of financial freedom and has impacted my quality of life. For anybody attending Wharton and interested in working in the social impact sector, I would want to encourage them and share that there are a lot of programs out there that can help them enter a career in social impact. I still don’t know of other universities that have anything to the extent of the Bendheim Loan Forgiveness Program. Even just the fact that you’re eligible for five years in a row after you graduate —that’s huge. I can’t share enough positive feedback about the program.

What was a particularly important lesson that you learned during your time at Wharton that still makes a difference for you today?

Stephenson: The greatest lesson I learned from founding Code2College is one that I really started to learn at Wharton. I took Adam Grant‘s Negotiations class and learned about the relational aspects of communication, business, and life. There’s a mindset shift that happens regarding how you work with people, as well as how you approach problems and potential opportunities that is life-changing in a very positive way.

The biggest lesson I’ve taken from Wharton Social Impact Initiative is the value of a network. There are so many more Whartonites in social impact out there than I think most alumni realize. The Wharton network is powerful and second to none anyway, but if you’re involved in social impact work, folks are even more invested in supporting you.

What advice do you have for those who want to commit to making a positive impact on society?

Stephenson: All of us have a desire to do something bold and, more often than not, we get in our own ways.

We all have the ability to make that change — it starts with one step.

Created in 2005 by John Bendheim, W’40, and his son Tom, WG/Lauder’90, and managed by the Wharton Social Impact Initiative, the Bendheim Loan Forgiveness Program is a competitive fellowship that awards loan forgiveness to recent Wharton MBA alumni working in social impact careers. 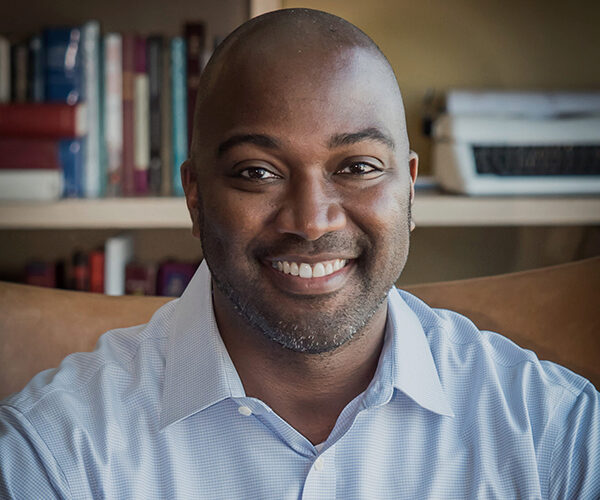 Matt Stephenson is the Executive Director and Co-Founder of Code2College (www.code2college.org), an Austin-based nonprofit that equips traditionally underrepresented high school students with coding and professional skills towards entering and excelling STEM undergraduate majors and fields. In Fall 2016, Code2College launched as a pilot in two schools serving 30 students. Four years later, Code2College has served nearly 1,000 minority and low-income high school students from across Central Texas. Code2College has continued to place students into highly competitive, technical internships at companies like Indeed and RetailMeNot.

Matt started his career in K12 education as a high school math teacher, and later a Leadership Fellow, at Achievement First in New Haven, CT. Next, he joined NewSchools Venture Fund as an Associate Partner and venture investor in high-performing education organization. He then joined KIPP Austin Public Schools, a public school district serving nearly 5,000 students across nine schools and two campuses, to serve as Director of Finance and also provide assistance to the Talent Recruitment team. Prior to his career in K-12 education, Matt was a Financial Analyst at Goldman Sachs as well as an Internship Program Manager for Sponsors for Educational Opportunity (SEO), where he was able to help 93% of the interns in his cohort to receive full-time job offers from their host firms. Matt holds an MBA in Entrepreneurial Management from The Wharton School and a BS in Finance and Information Systems from the Stern School of Business at New York University.