Wharton Stories » Group K Diagnostic: Changing the How, When & Where of Blood Testing — and Saving Lives

Group K Diagnostic: Changing the How, When & Where of Blood Testing — and Saving Lives

Group K’s Multidiagnostic tool will soon give results for over 60 blood tests—nearly all the basic diagnostic tests—in just 20 minutes. Get your results during your appointment, and take the next steps with your doctor now.

Why Do Quick Test Results Matter?

When Brianna Wronko, ENG’17, was 17, she interned at an HIV clinic. A pregnant woman who was HIV positive had her blood taken to be tested. When the test results came in a couple days later, they showed that she needed different medication, or else she would likely transmit the disease to her unborn child. However, the clinic couldn’t reach the woman, and she didn’t come back for six months—when it was too late for the medication change to have an effect on her child.

What if that woman could have gotten the results of her blood test during her appointment?

This past spring, Brianna graduated from Penn’s School of Engineering and Applied Science with a degree in Bioengineering and training as a device engineer, but she still remembers this woman. She and the millions of other patients who would benefit from faster, easier blood test results inspired Brianna to found Group K Diagnostics, a startup based on her device, The Multidiagnosic (“we’re looking for a catchier name”) that can give test results in 20 minutes, from a single drop of blood. The Multidiagnostic came out of Brianna’s senior design project.

Usually, a blood test involves getting a script from your doctor, going to a lab for the actual blood draw, waiting to get a call from your doctor that the results are in, and going to an appointment to learn the detailed results—a process that takes at a minimum days, at most weeks or even never if patients fail to go to the lab. Many impediments can arise. Labs can be hard to physically get to, or have hours that conflict with a patient’s work schedule. Transient populations may not have a stable phone number where they can be reached. Older patients may have difficult accessing results on the internet. Phone calls from the doctor go unanswered.

People are busy. People can also be scared of what the test results might say, and choose to avoid potential bad news.

The Multidiagnostic removes all of these steps. A simple pinprick replaces the process of a blood draw, and results are ready in just 20 minutes, with quantitative numbers provided by the paired app. Doctors and patients get test results during the appointment, and can immediately take action together.

Soon, The Multidiagnostic will give results for over 60 blood tests–nearly all the basic diagnostic tests.

Right now, Group K is heading into clinical trials at PennMedicine for Liver Function Tests (LFTs)—six tests that check how well a patient’s liver is working. Why LFTs? Brianna explains, “This panel of tests is one of the  most common in the U.S. It gives Group K a way to launch The Multidiagnostic in a specific, high need population.” Doctors will use the immediate results to change medication, update transplant need status, and understand how far a disease has progressed. In a patient with a liver transplant, the consequence of adjusting medications in three days versus on that day could be a rejected liver.

After clinical trials, Group K will apply for FDA approval, a process that will likely take about six months. Finally, Brianna hopes they’ll go to market in August 2018. She currently has six employees with expertise in software development, chemistry, business, and microfluidic engineering working for her.

VIP-X is an intense accelerator program for Penn startups that are ready to launch. 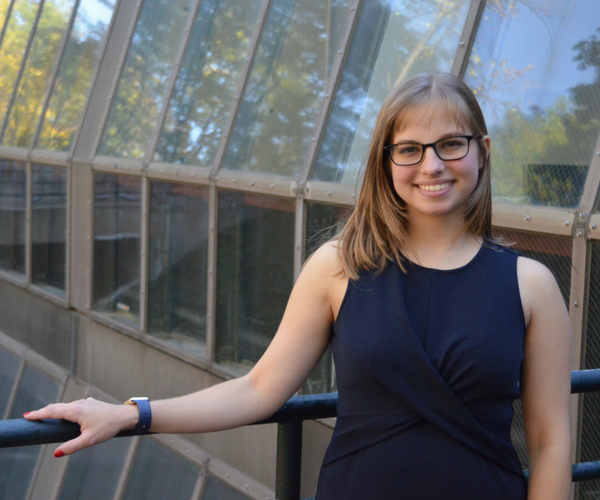 What made you want to start a company?
“Too often, research tends to stagnate. I’ve worked in both labs and clinics, and I wanted to find a way to get some of the amazing research I was seeing out of the lab and into the clinic, where it could help people.”